Be Awakened to Significance

Open your mind to the possibilities

Free yourself from the shackles

Do you recall Plato’s Allegory of the Cave? Consider this scene:

SOCRATES: Imagine this: People live under the earth in a cave-like dwelling. Stretching a long way up toward the daylight is its entrance, toward which the entire cave is gathered. The people have been in this dwelling since childhood, shackled by the legs and neck. Thus they stay in the same place so that there is only one thing for them to look at: whatever they encounter in front of their faces. But because they are shackled, they are unable to turn their heads around. A fire is behind them, and there is a wall between the fire and the prisoners.

Some light, of course, is allowed them, namely from a fire that casts its glow toward them from behind them, being above and at some distance. Between the fire and those who are shackled [i.e., behind their backs] there runs a walkway at a certain height. Imagine that a low wall has been built the length of the walkway, like the low curtain that puppeteers put up, over which they show their puppets. The images carried before the fire.

So now imagine that all along this low wall people are carrying all sorts of things that reach up higher than the wall: statues and other carvings made of stone or wood and many other artifacts that people have made. As you would expect, some are talking to each other [as they walk along] and some are silent.

GLAUCON: This is an unusual picture that you are presenting here, and these are unusual prisoners.

In much the same way, a majority of people today are stuck in a cave of their own making, or perhaps the making of others that they have then continued in over the years. Negative words and experiences have shaped them and shackled them within the cave. There they sit, staring at a reality that they suppose to be true–simply because they’ve never known anything else.

As the story goes, one prisoner freed himself from the shackles and turned to look behind him, at the opening of the cave where the sunshine poured in and cast shadows of objects onto the walls–shadows that the prisoners thought was real life.

You’re taking this course because you’ve sat staring at a shadow far too long, a shadow you thought was truth. But you’ve decided there must be something more, a way to be and achieve what you and what life were meant to be.

And that is the first step toward awakening your mind and yourself to real significance.

Books can often be the greatest teachers, opening up a world of growth, learning and mentorship. Read books by the best–those real people who you respect for what they’ve achieved. Learn how they got there, despite challenges and pitfalls. Remember, you’ll become like the people you spend the most time with. And time spent with a self-expanding book will draw you closer to becoming the person you want to be: your truest, most courageous self.

There are a number of good books toward this end, each with a wealth of vital information toward hacking your mindset and building your success. Psycho-Cybernetics by the surgeon Maxwell Maltz, The Magic of Thinking Big by Dr. David Schwartz, The Greatest Miracle In The World by Ogg Mandino, and Think And Grow Rich (or You Can Work Your Own Miracles) by Napolean Hill are a great place to begin. How to Raise Your Own Salary (a dialogue between Napolean Hill and Andrew Carnegie), or Outwitting The Devil by Napolean Hill are also vital reads to awaken you not only to significance, but to your dreams, passions, and possibilities.

When you are awakened from the slumber that most people are in, that slumber that keeps them tied to old systems of thinking, you can pour into others and help them overcome their own mindsets and mental and physical hurdles. You can help free them from the cave. Freedom by achieving the awakened state isn’t easy. If it were, more people would draw themselves out of the cave. But it’s worth it, and in the long run, it’s less painful than finding yourself on the perpetual hell of the road to complacency.

Speak yourself and others to significance

Words are powerful. They can pull us down to the depths, settling into the soul and defining one’s existence. But they can also be used for the good, to build up and to make beautiful and full.

Every human being has that kind of power and charisma. It begins with reading and studying and expanding your mind. Connect with a mentor for practical coaching. As your eyes are opened to right and wrong ways of thinking, you’ll be able to see more clearly the toxic diet of words and ideas you’ve fed yourself over the years. And you’ll find yourself shifting course, opting for a new diet meant to cleanse you, revive and thoroughly renew you from the inside out.

You can’t just cut out the old ways of thinking about yourself. You’ve got to fill yourself with affirmations of positive, encouraging words. And most of all, you’ve got to speak them aloud to yourself every day. If you’ve been through the other courses, you’ve learned a bit about the reticular activating system (RAS) of the mind. What is it? The reticular activating system is a bundle of neural pathways in the brain that function to make our thoughts and words into our reality.

Dr. Maxwell Maltz, author of Psycho-Cybernetics, wrote about the function of the RAS:

“Your automatic creative mechanism…operates in terms of goals and end results. Once you give it a definite goal to achieve you can depend upon its automatic guidance system to take you to that goal much better than ‘you’ ever could by conscious thought.

Speaking affirmations, beliefs, dreams and goals aloud is one way to activate the RAS. Speaking life and significance into yourself gives your mind a point of focus to work toward, to achieve. The RAS, one of the most powerful yet understated systems of the body, soaks in the new messages you are feeding it and helps move you closer to your dreams. 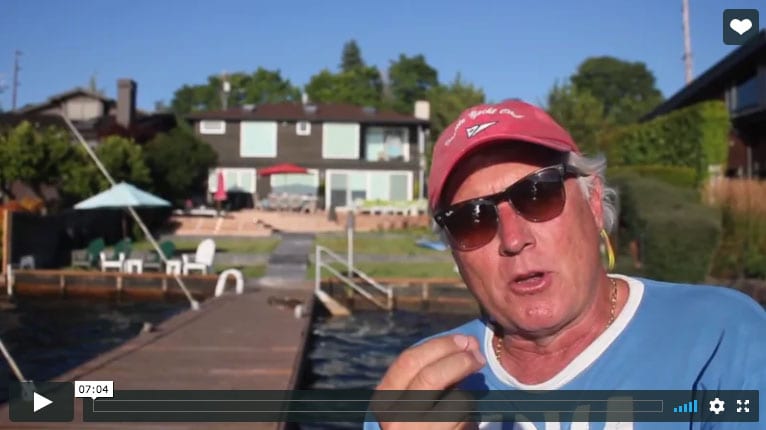 Rx Freedom - Dr. David Humphrey & April Humphrey presents - There are a number of good books toward this end, each with a wealth of vital information toward hacking your mindset and building your success. Psycho-Cybernetics by the surgeon Maxwell Maltz, The Magic of Thinking Big by Dr. David Schwartz, The Greatest Miracle In The World by Ogg Mandino, and Think And Grow Rich (or You Can Work Your Own Miracles) by Napolean Hill are a great place to begin. How to Raise Your Own Salary (a dialogue between Napolean Hill and Andrew Carnegie), or Outwitting The Devil by Napolean Hill are also vital reads to awaken you not only to significance, but to your dreams, passions, and possibilities.